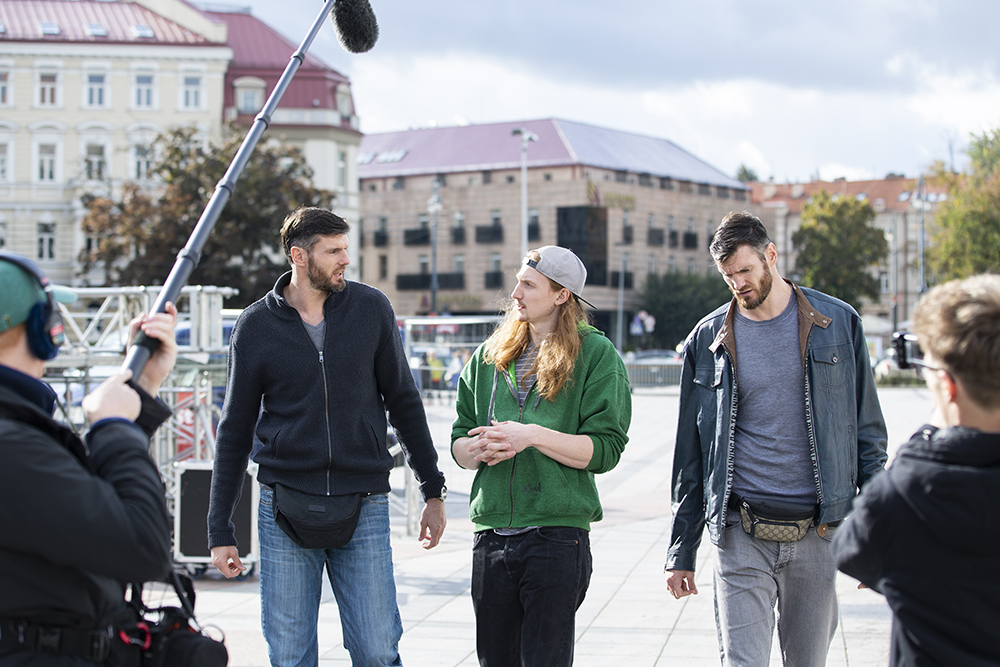 BC Prienai-Skycop is back to the TV screens and this time it’s with the tallest in the world twins’ act that features an impressive basketball resume.

Last season, the town of Prienai with a population of only 9,000 became more prominent than its capital city of Vilnius when Big Baller Brand boss, LaVar Ball brought his boys overseas to begin their professional basketball odyssey.

With results amiss, the Ball Brothers experiment returned stateside leaving the BC Prienai-Skycop franchise in turmoil and in desperate search of elite players to perform in the ultra-competitive LKL.

Luckily this time the club scored a one-year contract with a competent pair. The Lavrinovic brothers are the tallest professional basketball players in the world as well as the most sought-after veteran players in Lithuania.

“The only brothers that will be allowed to play this time are those who are known for their game, not a brand,” says Adomas Kubilius, the general manager of the club.

But 38 year-old Lithuanian Basketball legends have more than impressive titles. Their story is ripe for Hollywood, as an Emmy-award winning producer Gary Waksman noticed the narrative within this transition.

“As filmmakers we are always looking for diamonds in the rough. In this case we have an identical pair. A rare find,” said Waksman.

Being the tallest twin Basketball players in the world, Ksistof and Darjus are well known for their personal transformation, overcoming incarceration decades ago to become respected icons, people, husbands and fathers.

“The dimensions in their narrative are almost fictional, but they as real as it gets. Their journey is fully defined and they are larger than life personalities,” said Waksman whose crews have begun filming with the twins and the club.

The series, which is set to premier in October, promises to surprise all basketball fans and even hardcore Lavrinovic supporters by going beyond the basketball court with a deep dive into their personal world.

Apparently twins’ musical talents and distinctive sense of fashion will also make it to the screen.

According to Waksman, “We hope to pierce the mysterious veil of international basketball here as well and the Lavrinovic twins will give us that entry. In 1988 Schwarzenegger and DeVito gave us the buddy-comedy hit film, TWINS. These real-life twins can be just as entertaining plus they can dunk!”

Gary Waksman is an award winning executive producer that has worked with iconic athletes and sports teams producing prolific work for television and cinema. His filmography is notable for full length documentaries on world baseball championships, the legendary American baseball player Ted Williams, documentary „Chasing Miracles: The Making of the US Men‘s Olympic Hockey Team“ on US men’s hockey team and others. His work is distributed by such channels as „ESPN“, „Showtime“, „Smithsonian Channel“ and „Fox Sports“ to name a few.

Commenting on the speculations about history repeating itself in BC Prienai-Skycop A. Kubilius says that this time it’s all different: “Balls and Lavrinovic twins are apples and oranges, you can’t compare them. The former are just two young boys who were misled by their father and bit off more than they could chew. The twins, on the other hand, are EuroBasket winners and medalists that led iconic European teams like Real Madrid, CSKA Moscow and other to titles in major European tournaments.”

It was December last year when infamous Balls announced about their plans in Lithuania. At the end of the day, however, “Ball In The Family” stars have created more drama on screen than in the court. According to the head coach, Virginijus Seskus, LiAngelo and LaMello had no inner drive for the game or will to become better players, while irresponsible LaVar’s financial decisions have put the whole club at risk.