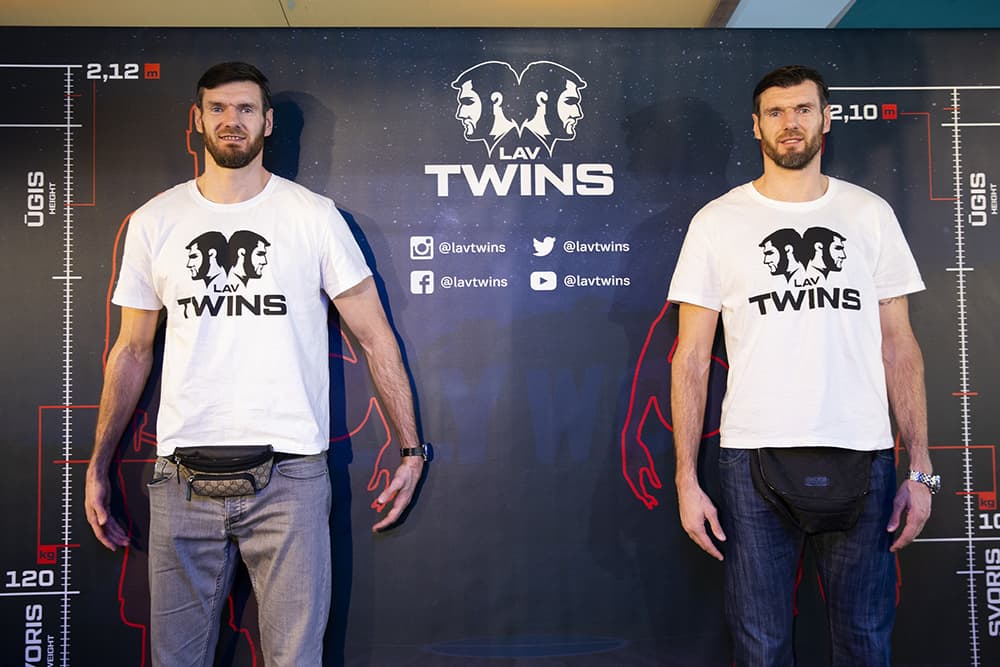 Emmy-nominated US producer Gary Waksman’ series TwinBallerz premieres today on YouTube. The show, starring highest twin basketball players in the world – Lavrinovic twins – introduces audiences worldwide to the shocking and inspiring journey of one of the most sought after veteran acts in European basketball that are currently launching their global brand – LavTwins. After successfully substituting the LaMelo and Liangelo Balls on court in Prienai, Darjus and KsistofLavrinovic now aim to do the same on screens across the globe.

The first episode of Hollywood-produced TwinBallerz shortly presents the main acts of the show – EuroBasket winners and medalists that led major Euroleague teams and were on the brink of the NBA. The brother Ksistof and Darjus Lavrinovic showcase their unique lifestyle, charismatic personalities and controversial story that happened on their way to professional basketball.

The award-winning producer of documentary about the legendary American baseball player Ted Williams “The Immortal: Ted Williams”, Gary Waksman calls LavTwins “a rare find“ and believes that their journey extends beyond their life in pro basketball. Charismatic twins and their multidimensional story, according to Waksman, is exactly what filmmakers in Hollywood are looking for.

After successfully substituting LaMelo and LiAngelo Balls in BC Prienai Skycop, Lavrinovic brothers believe they can do just the same in the entertainment industry. After a devastating last season with LaVar and LaMelo ruining the season for BC Prienai Skycop, Ksistof and Darjus Lavrinovic have inspired the team to a few great victories that send BC Prienai Skycop to the 5th place of the LKL tournament table this year.

TwinBallerz is the first project coming from a newly launched brand LavTwins – international media, fashion and merchandise project that’s based on unique Lavrinovic personalities and their talents outside the court. It is no secret that the twins are at the end of their professional careers and stepping into the new territory of international entertainment industry and business is a great way to move forward to the next stage of life.

But while the team behind LavTwins is concentrating on the project’s management, expansion into new markets and future endeavors, Darjus and Ksistof say to keep their eyes on the ball and give all they’ve got to the extremely competitive LKL – the Lithuanian basketball league.

“For now our priority is basketball – creating beautiful game with our team and reaching the LKL semifinals is the key,” says Darjus. Ksistof, on the other side, is more optimistic: “My brother must have the blues today. I say our goal is to reach the finals, but time will show what is what. We’ve been busy with LavTwins as well. Filming took a lot of time and energy, but it was worth it. You’ll see it.”

LavTwins’ brand manager Rokas Mickevicius believes that the TwinBallerz and future projects will hearten audiences across the globe and discloses that for now, LavTwins will focus mainly on US and China.

„Over nearly 25 years of their professional careers these twins have become a phenomena in Lithuania and in most of the Europe – funny, approachable, great father figures and men of their word with the gift of the gab. There’s no doubt that the positive energy that radiates from them will soon attract audiences around the globe. TwinBallerz – the YouTube series – is only the first step that’s been made to introduce the two. Social media projects, original video content, fashion line and specialized merchandise are all soon to follow.“

You can follow LavTwins – the former EuroBasket winners and medalists that led Real Madrid, CSKA Moscow and other iconic teams to titles in major European tournaments on social media and on the official website www.lavtwins.com