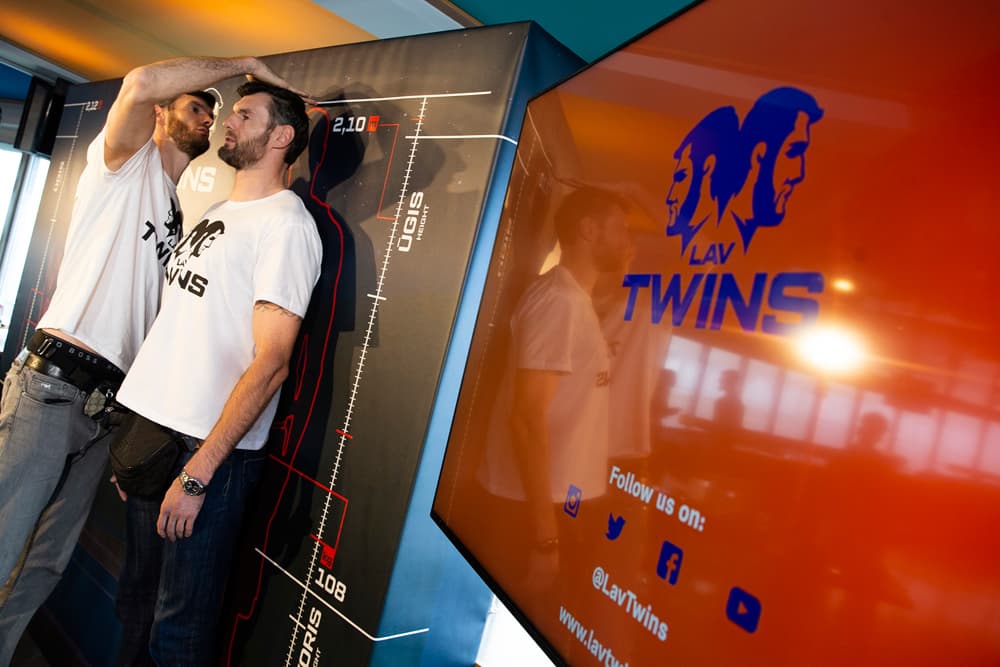 NBA fans are at rage. Legendary European basketball duo – the Lavrinovic brothers – launched a global brand LavTwins last week, claiming to be the tallest twins in professional basketball, but some argue it’s a hoax. Social media feeds are teeming with comments reminding the two about Brook and Robin Lopez – two NBA stars whose official height is up to few inches higher than that of their Lithuanian colleagues. Lavrinonic twins say they are happy to meet Lopez brothers and prove their point and there’s a good chance they will.

As a rule of a thumb, basketball players have to be tall to stay competitive in the league. The average height of a NBA player is around 6ft 7 in. Yet the US measuring system and height statistics of NBA players have been proven to be controversial and full of faulty data, which is why Lavrinovic twins might be just right calling themselves the tallest twins in professional basketball.

Although Darjus Lavrinovic was as close as one can get to signing a contract with Toronto Raptors almost 20 years back, due to an unexpected turn of events at the young age both he and his brother Ksistof have never played in the NBA. For the past 20 years Lavrinovic twins have played in major clubs across Europe and are currently on the last leg of their professional career. With the newly launched brand, their next career stop is quite obvious – gaining popularity globally with online and TV series about their daily life, which might lead them to acts in Hollywood later on.

Opposite to NBA, all players in the old continent are measured the same – basically standing next to a ruler bare feet. According to Eurobasket statistics, Darjus is 6.96 ft tall while his brother’s Ksistof is slightly shorter – 6.88 ft. Combined Lithuanian brothers reach 13.84 ft height.

Milwaukee Bucks center Brook Lopez and his brother Robin playing for the Chicago Bulls both, according to NBA website, are 7 ft tall, which makes them up to few inches taller than the LavTwins. But, according to Wall Street Journal, NBA height listings are full of discrepancies making players seem shorter or taller.