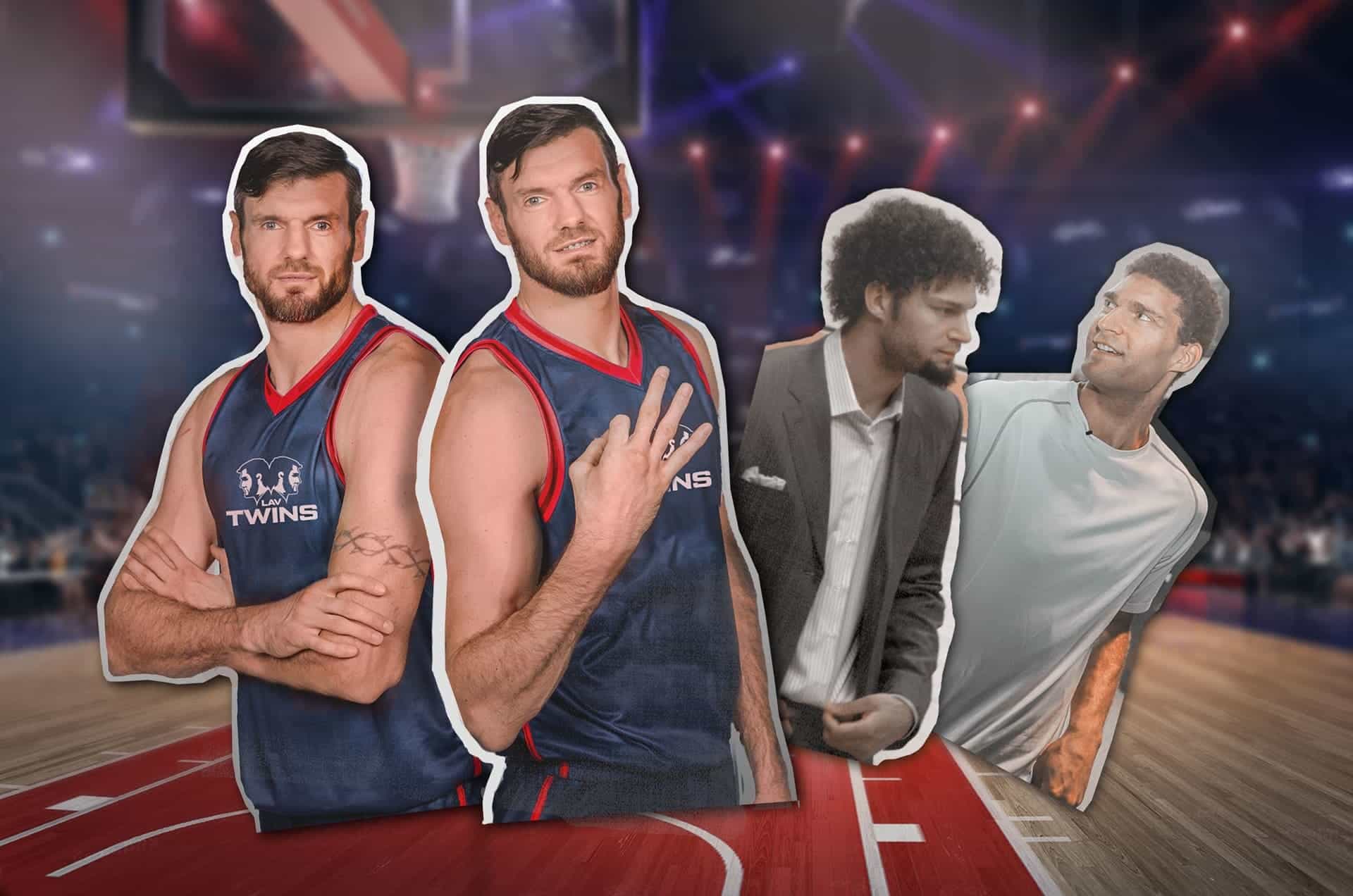 After the passing of Mike Lanier, Michigan’s tallest man and Guinness World Record holder together with his twin brother Jim, identical brothers across the globe are aiming to take the spot in the history books. One of those pairs are the Lavrinovic twins – pro basketball players, launching their own brand and a worldwide campaign in line with that aim. However, there’s one obvious obstacle in their way – the Lopez brothers, NBA players, who are officially taller and are repeatedly ignoring Lavrinovic’ challenge.

It’s one of the great examples of the differences between European basketball and the NBA. The height measurement systems in the US differ from those in Europe as pro players there are measured without any gear or shoes. And as the Lavrinovic twins (or simply LavTwins) point out – NBA players that go overseas can be even 2 in (5 cm) shorter than previously thought.

“Over the 20+ years in professional basketball, I have met many guys from the league or college basketball, who were told to be taller and they come here causing disappointment for the clubs. I remember one clear example as Tanoka Beard (Boise State Broncos graduate) came to Europe and despite the official height of 6-foot-9, it turned out he was 6-foot-5 by European standards. And we know for sure it’s the same story with Brook and Robin – we have played against them, so we know how tall they are”, explains Darjus Lavrinovic, who himself was on the brink of the NBA back in the day.

Throughout their extensive career, Darjus and Ksistof Lavrinovic have played in almost every major Euroleague club, including Real Madrid, CSKA Moscow, Unics Kazan, Dinamo Moscow, Fenerbahçe Istanbul and others. However, since they’re in their 40s right now, it’s time for them to start a new career and the charismatic duo sees that oppourtinity in being the tallest twins across the globe.

LavTwins are pursuing the status in any form or way possible – calling out the Lopez brothers through social media, contacting their agents, etc., but Brook and Robin seem to have no interest in jeopardizing their official height. While NBA twins ignore the Euro twins, a global-scale campaign is launching for the LavTwins and their status.

“We are more than confident that we will get the Guinness World Record approval – it’s only a matter of time. It’s why we have decided to go worldwide with it – first, we did a mini documentary series with Garry Waksman (Emmy-nominated producer), we are also launching our clothing line and from the summer of 2019 – you will have a chance to see us in NY anytime you want and grab a selfie – real-life wax statues will be placed in one of New York’s most visited shopping malls. Hopefully, Brook and Robin can visit us one day and see the height differences for themselves”, says Ksistof Lavrinovic.

The statue in NY will also have a world tour of its own – travelling through countries, spending a lot of time in Shanghai malls in China, where people are literally crazy about tall basketball players.